Question(s): Can you find out more about the design and inspiration of this building? 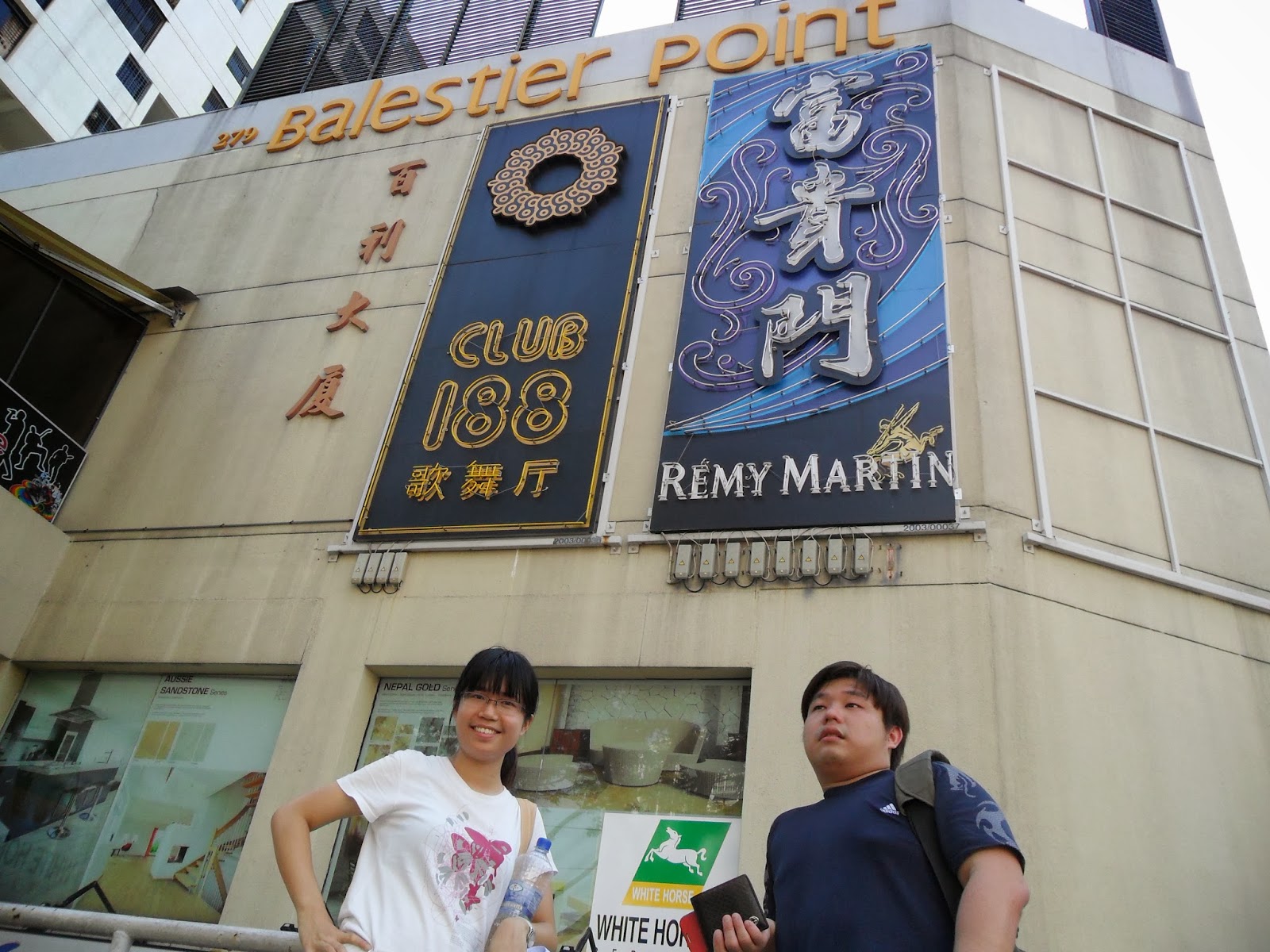 Jenny and Hong Wei at the foot of Balestier Point

The Balestier Point building was built in 1986, inspired by the original cellular housing project called Habitat 67 which was designed by renowned architect Moshe Safdie in Montreal, Canada.

It was special as it was stacked like lego bricks. The building was built in such a way where the retail shops were at the bottom while the levels above it houses the residence. Another unique feature of the building is that the apartments have their own trerraces and gardens in the sky. 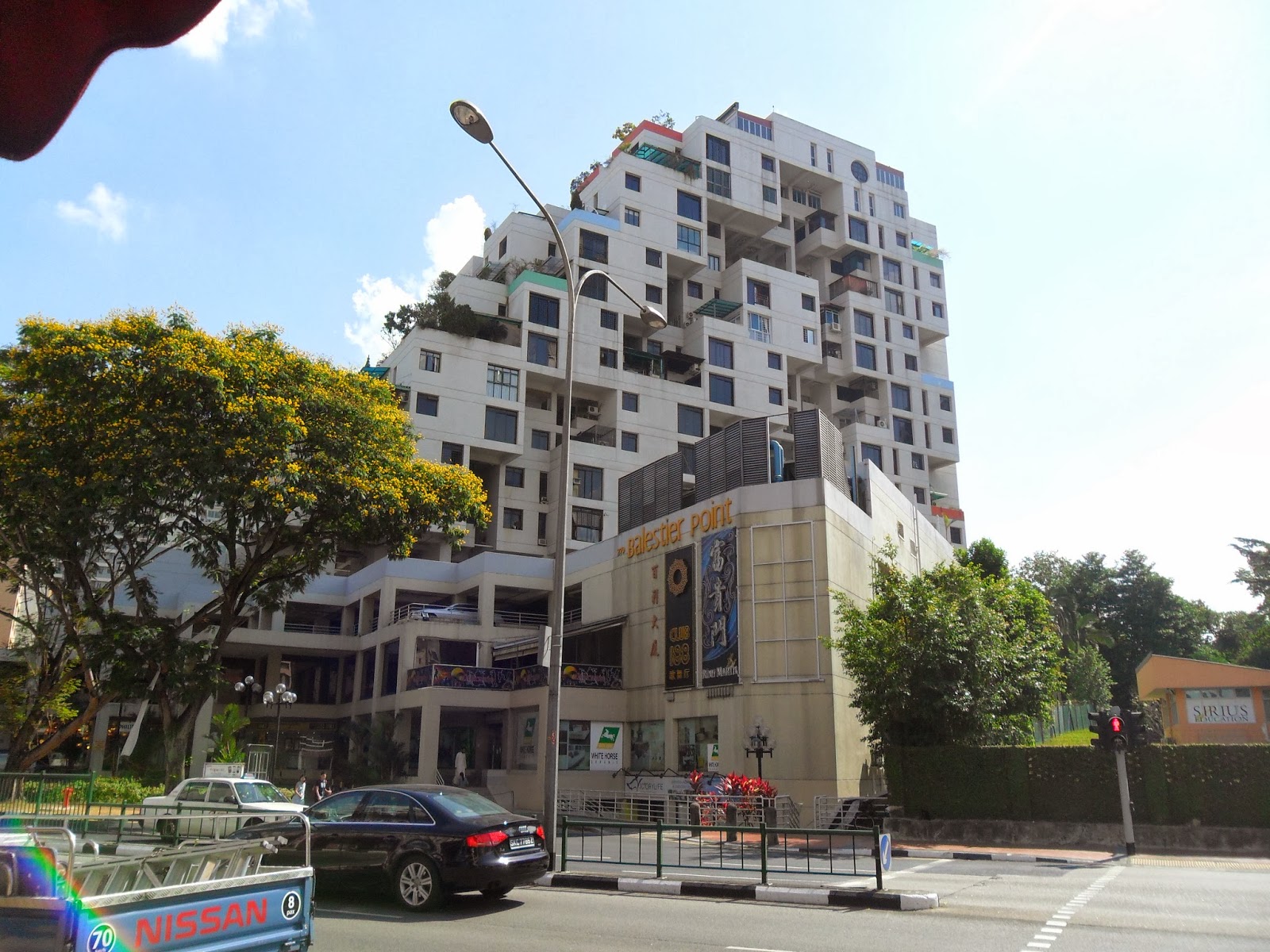 The 'lego blocks' from afar 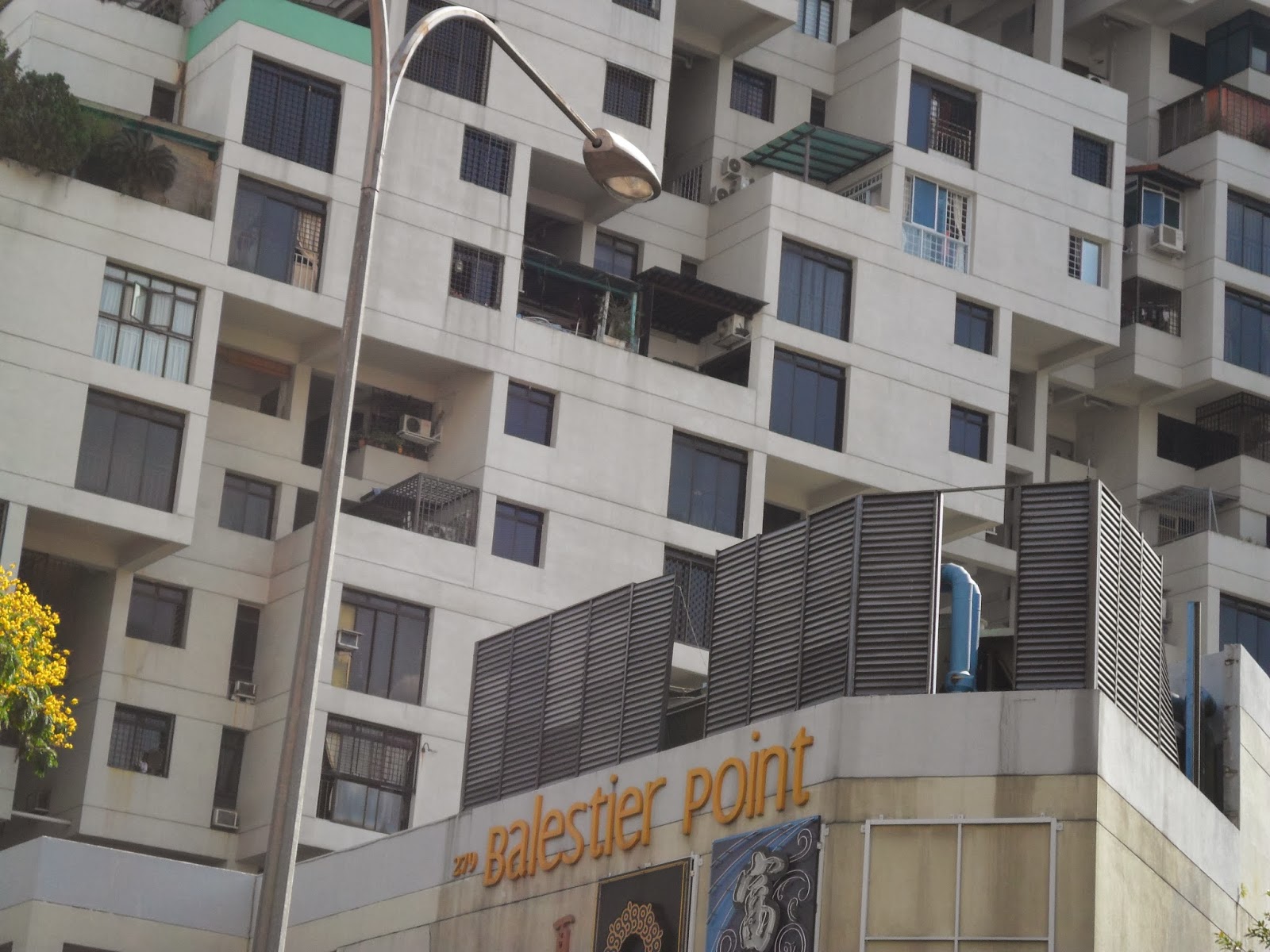 As we ventured into the shopping mall, we realised that many shops were not operating even though it was a Saturday afternoon and the stores somehow looks like they only operate at night. 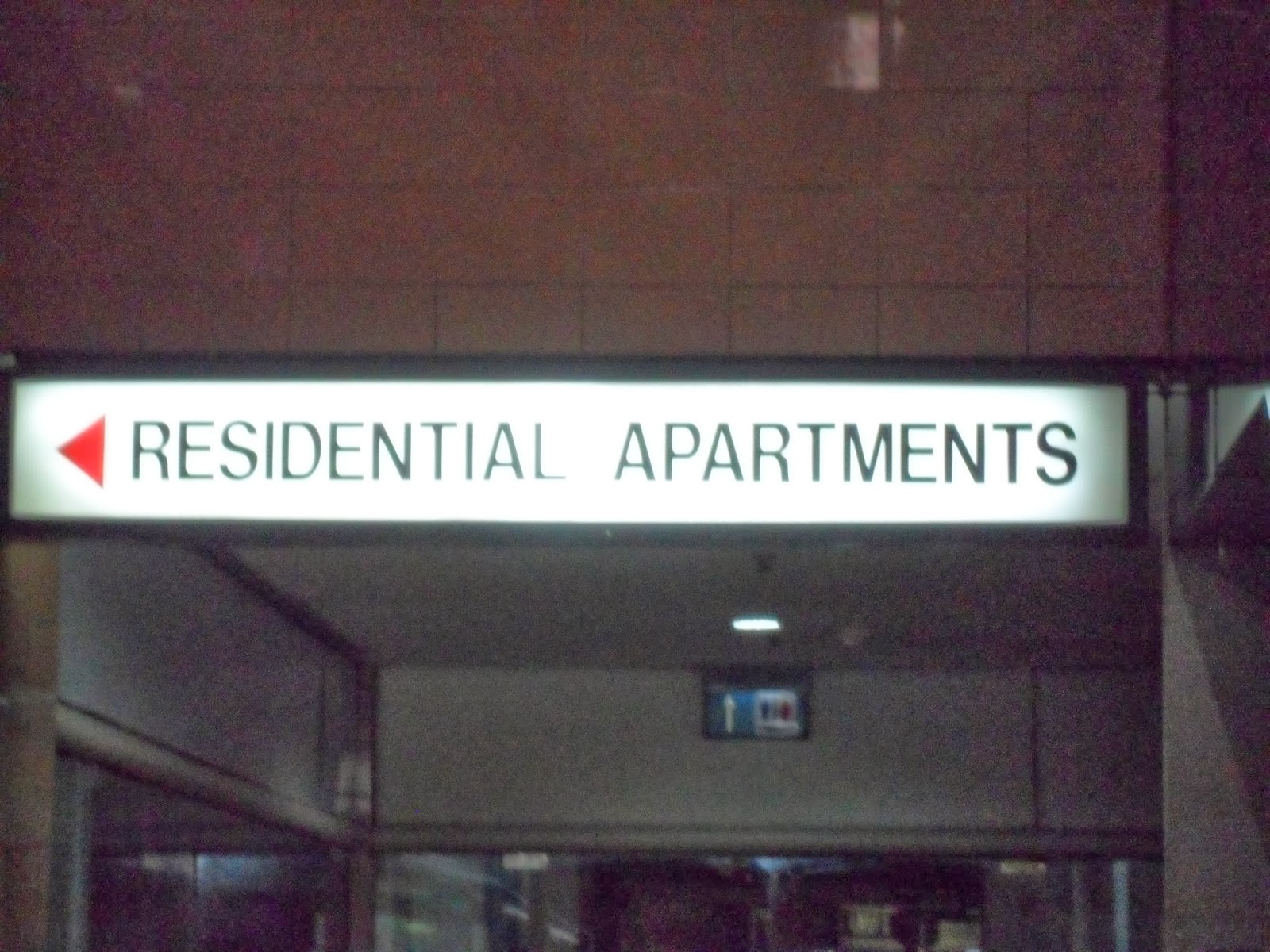 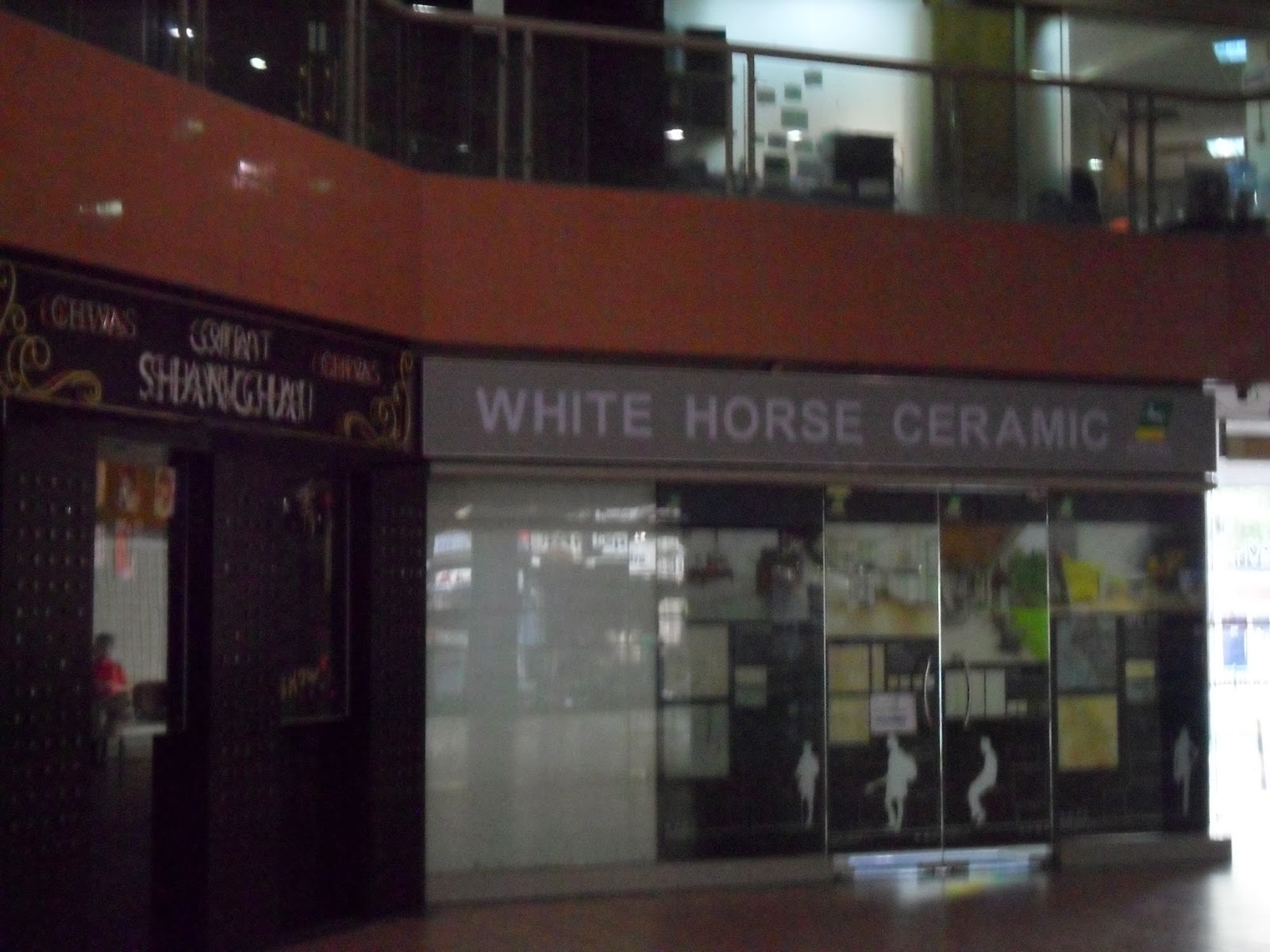 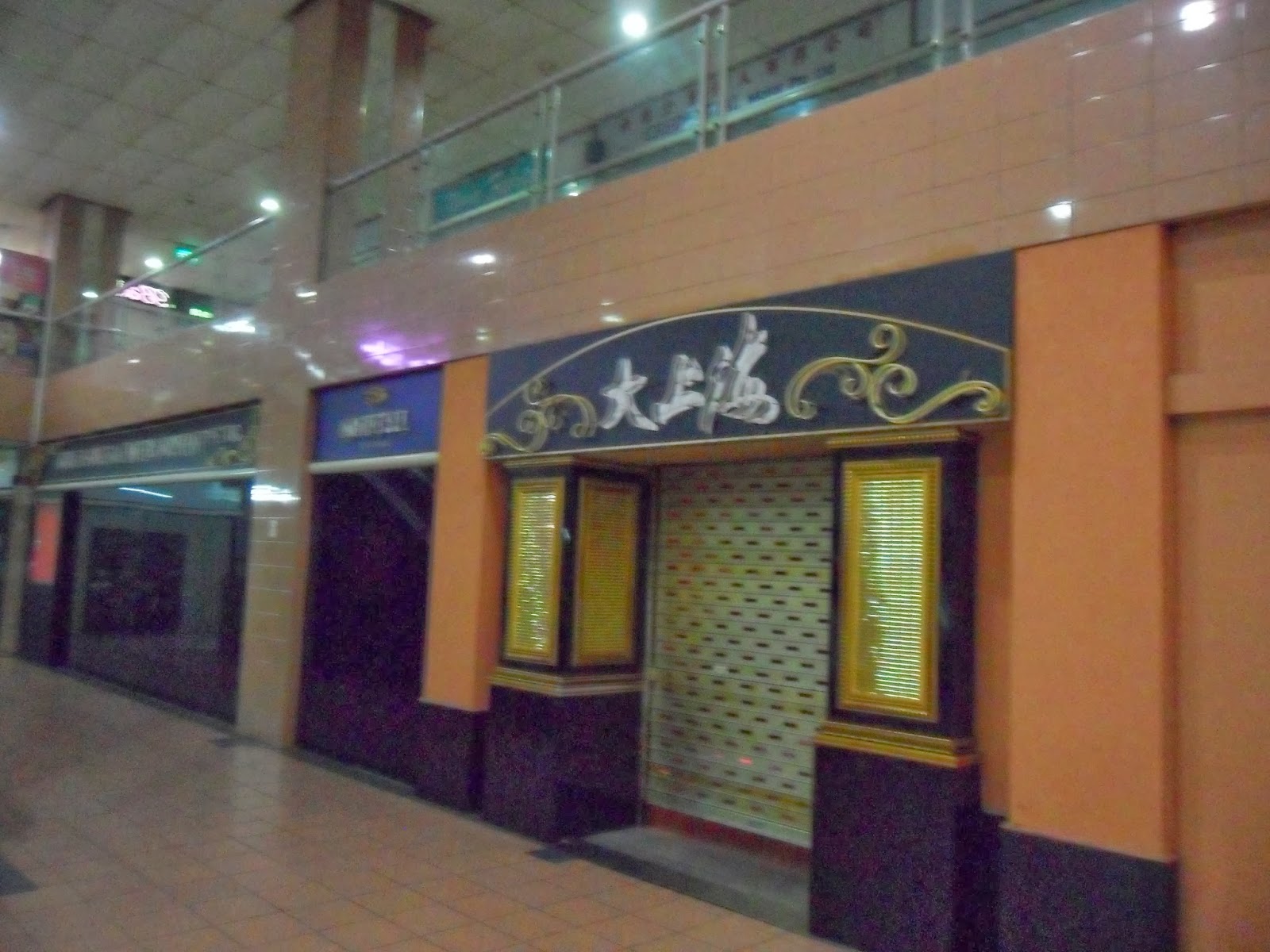 A Karaoke lounge within the mall

Although Singapore has a much lower population when this building was built, it seems like people do appreciate the mixed used of land even in the 1980s. We can relate this type of building method to current shophouses where land is used for both commercial and residential purposes. However, most of the shophouses that we see appear to have stores (commercial spaces) on the first storey, with residential apartments on the second.
Posted by Unknown at 8:16 pm